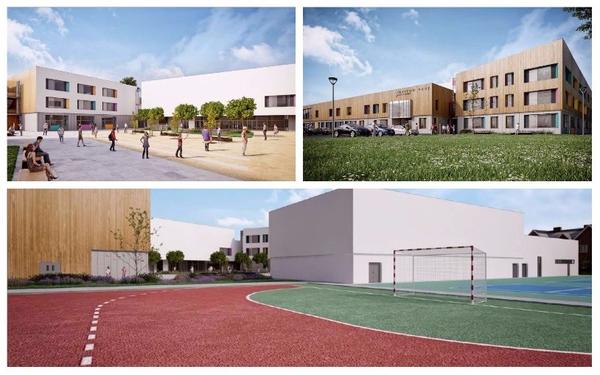 Following a competitive tender process, Smith Construction are delighted to have been awarded the contract from main contractor Galliford Try, to construct a new 3G pitch at Ditton Park Academy, Slough.

Ditton Park Academy is a co-educational community academy, part of the Slough Association of Secondary Headteachers (SASH).  With help from the Education Funding Agency, Department of Education and Slough Borough Council, SASH have secured funding to construct a new Secondary School on Upton Court Road.

In 2015, a temporary Secondary School was opened, before any land had been secured to construct the new Academy.  Following securing the land, planning and funds, Headteacher, Nick Caulfield said,

“It was a great sense of pride really.  Since our doors opened all those hours and months of hard work came to fruition.  There is a real buzz about a new school opening in Slough supported by the local schools.  The current parents are delighted. They are the ones who took a leap of faith with us, who committed to a school they could not see or come into.”

TigerTurf’s Atomic Pro is the chosen 3G synthetic carpet for this project, a carpet which is suitable for player’s development, offering enhanced performance, while withstanding heavy use.  The carpet will be laid on top of a 20mm insitu rubber shock pad, the combination of the Atomic Pro carpet and shock pad will mimic the conditions of a natural pitch, whilst having the all-weather perks.  Twinbar fencing will surround the pitch and six floodlights will be installed, creating a safe, enclosed facility which can be utilised all year round.